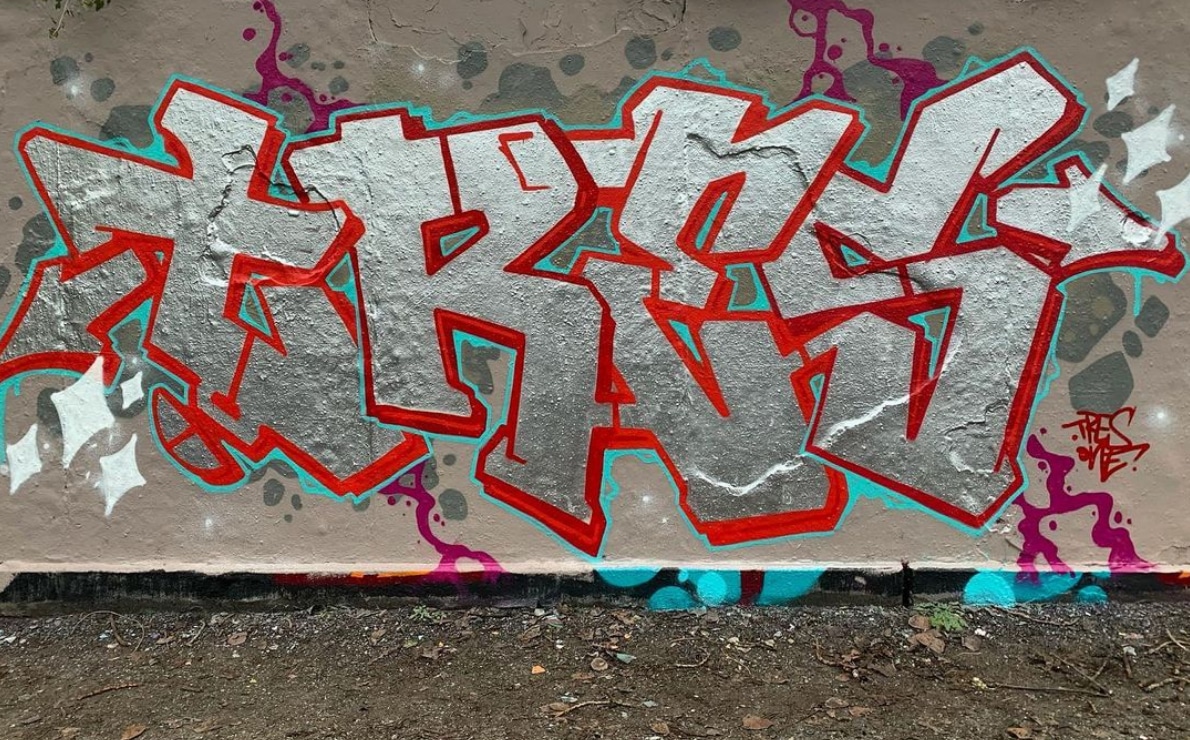 TRES on the Suitup Wall of Fame

TRES has always been into drawing since his childhood. From the late 80s he was infected with the hip hop virus and from there also with graffiti. The letters, colors and images made such an impression that he wanted to do the same. With Zoetermeer hip hop groups like the Headliners and Da Phat Pack crew as an extra boost, it soon became clear that his heart was in making graffiti.

After the Graphic School I was more and more busy with developing style, but I was also more and more interested in doing something back for the graffiti scene in Zoetermeer. This resulted in the realization of two Hall of Fames and the organization of several graffiti jams. Today he is still involved with the Urban Art Studio.

Finding the raw edge that comes with graffiti is one of the main points in his letters, both on walls, on jackets and other media.